Judges who undertake training with QFA Inc are tutored and examined in  accordance with QFA Inc also specifically requires that candidates must have   previously undertaken the QFA Steward and Ticket Writing Courses to become an Accredited QFA Inc Steward; have been Show Manager for at least two QFA Inc all breeds championship shows including processing and preparation of entries; and, must be a financial member of a QFA Inc affiliated Club. Before applying to undertake pedigreed Longhair or Shorthair courses, candidates must also have undertaken and passed the QFA Inc Companion Pet (Group 4)  Judges Course.

JANIS CHRISTISON
Janis has always been fascinated with cats and can clearly remember her first cat Josie, a grey tabby, her constant companion as a small child. Janis entered the cat fancy in Canberra in 1976 showing a Persian neuter. Her prefix Santique was granted the same year in Canberra and she bred blue, cream and blue cream Persians for many years until moving ‘home’ to Queensland in 1989. In 1991 she began an Exotic programme from first generation breeding in most colours and patterns but always on a small scale. Many major awards were achieved over the years including Group 1 Cat of Year awards in 1987, 1990 and 1998, each time with a blue Persian! Janis no longer has entire cats having dedicated the many years since the very last litter to caring for her retired show and breeding cats which have now all sadly passed on. She now gives all her love and care to her young neuters, an Exotic and a Russian, which have brought her back to the fun of showing, each having achieved Desexed Cat of the Year.

Janis gained her Group 1 judge’s licence in 1991, Group 2 in 2000 and Group 3 in 2001, all with QFA Inc. and has judged in all Australian States and Territories and regularly for many Clubs all over New Zealand. In 2011 she judged in Germany and the Netherlands, in 2012 in Malaysia and in 2013 in Sweden and 3 shows in South Africa.

Janis is currently President of Queensland Feline Association Inc. (QFA), a position previously held during 2015–2017 following her previous service as a Vice President from 2005. She has been a Tutor Judge since 1999 and has always been very involved at Club level especially in the position of show manager. Janis is President, Life Member and a Foundation Member (1999) of Flash Felines Inc.. My first cat that I have memories of is a black and white domestic that lived in our street when I was 3 years old. I was the only person who could handle this feline, so I suppose that it was only natural that I ended up being involved with cats later in life.

We bought our first Siamese about 6 months after we got married, a very sweet tempered seal point boy named Sutek. We ended up with 2 more to keep each other company, the third being our first breeding queen, a Chocolate Point named Jasmine. We registered our prefix in 1988, and our first litter was born in 1989. We specialized in Chocolate Points for many years, and had many successes with Supreme exhibits and Cat of the Year awards, all with Chocolate Points. We expanded our breeding programme to cover all colour Siamese and Orientals, and had equal successes with them.

I became a steward early in the 1990’s. I realized that although I enjoyed stewarding, I wanted to learn more about other breeds. I commenced my judge’s training in 2000, starting with Group 2, and then extending my license to Group 3 in 2008. I completed my Longhair training in 2017 and was appointed to the ACF National Panel of Judges as an All Breeds judge in June 2018. I have judged in most states of Australia and look forward to many more years of judging, handling and learning more about all the different breeds of beautiful cats that are being bred in this country. I have also judged in New Zealand and Malaysia.

I retired from full time work in the Public Service after nearly 37 years and now enjoying life as a retiree after making the decision to move to Townsville in North Queensland with my husband in 2018. We no longer breed but we still have 3 very spoiled, much loved older neuters who we simply couldn’t part with. I am keen to explore, travel and develop my hobby of amateur photography (wildlife and landscape) now that I have retired.


As a child I grew up in Switzerland and was always surrounded by cats. My love for all breeds of cats including domestics has continued throughout my life.I started breeding Persians under the prefix Martes and have successfully shown Persian and Exotics for over 20 years. The Martes prefix is well known in Australia and New Zealand for its many Best in Show and Cat of the Year Awards. I am a fully qualified All Breeds judge, starting Group 1 in 1986. I have enjoyed judging in all states of Australia. I served as an executive member of the Managerial Committee as well as holding the position of Treasurer of the NSW CFA for 15 years before retiring. I have also held the position of Treasurer with the Coordinating Cat Council of Australia and the Feline Health research Fund.
International Judging Assignments: New Zealand, Europe, South Africa, 2006,2008,2010 Singapore, Kuala Lumpur, Beijing, Jakarta, Borneo, Chengdu and Thailand. Barbara was introduced to and instantly fell in love with the Burmese breed in 1979 and began breeding under her Riokay prefix. In 1988 she decided to bred Abyssinians as well. She has also imported Somalis and bred Burmillas, Tonkinese and Maine Coons. Barbara bred Supreme Exhibit winners in both Burmese and Abyssinians and has had numerous Best Kitten and Cats of the Year with QFA. She has twice proudly achieved Group 3 Prefix of the Year with QFA.

Barbara began training with QFA as a Shorthair judge in 1988. After judging for a couple of years she started training in Longhairs and in 1998 became an All Breeds judge with QFA. She has judged and continues to do so throughout Australia and New Zealand and has also judged in Kuala Lumpur, Germany and the Netherlands. 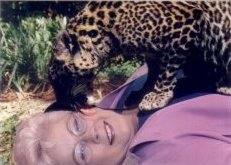 In 1964 Judy owned a show/breeding lilac point Siamese female and this was the start of her interest in the cat fancy. Judy’s prefix Metinka was granted in NSW in 1964. In 1966 she owned a deaf blue–eyed white Persian. In 1967 Judy and a friend brought into Australia the first pair of seal point Birmans from England followed by 7 more seal and blue point Birmans to expand the gene pool. During her years of judges training Judy bred Burmese and Devon Rex and has shown a blue British Shorthair, Oriental, Russian and Maine Coon. Judy has achieved many awards with these breeds. Her main passions are the Birman and Maine Coon breeds.

Judy gained her Group 1 licence in 1974, Group 2 in 1980 and then completed her training in Group 3 (all with CFA NSW) to become an All Breeds Judge in 1985. She transferred to QFA Inc in 2001. Judy has judged all over Australia and New Zealand as well as in Singapore, UK, Japan and South Africa.

Past Secretary of QFA Inc which she held this position for 4 years. Judy is an All Breeds Tutor Judge, with QFA Inc. a Life Member and Patron of the Birman Cat Fanciers Club of Qld, s Life Member of the UK Birman Cat Club, St George Cat Club NSW (of which she was Secretary and then President for 14 years), Canberra Birman Cat Club and Alpine Cat Club NZ. Judy is currently the Delegate to QFA Inc. for the Cairns All Breeds Cat Club.

It is Judy’s pleasure to handle and judge so many beautiful felines, to meet interesting people and to see progress in the health and welfare of cats and the cat fancy as a whole. Marie was first introduced to cats at a very young age and they have continued to fascinate her ever since. She became the owner of her first pedigreed cat, a Birman, in 1985 when her prefix Nicsha was granted. Marie’s first imported cat was a lilac point Birman male from the UK. In 2003 her other prefix Miakoschka was granted following her decision to import Siberian cats and create the gene pool for the success of this breed. She realised she could not have so many Birman colours if she was to continue with her Siberians so today she breeds Birmans in Seal and Blue Points only.

Marie became a Companion Cat judge in 2003 and a Group 1 (Longhair) judge in 2004 (QFA). She has judged in Queensland, NSW, Victoria and New Zealand. Nadine entered the cat fancy in 1997 when she started showing desexed Persians but her love of cats started when she was 4 years old when she was given a Persian by her Aunty. Nadine and her husband Luke were granted their prefix Shonstar in 2000 and began breeding Persians in 2001. Since then Nadine’s cats have won many best in show awards including, Kitten, Cat & Desexed of the Year. At the 2003 ACF National in Darwin, Nadine’s desexed cat – Katzrus Kuta Kinda (bred by Dana Suter) was awarded Supreme Exhibit.

Nadine has much experience in grooming Persians, running cat shows and has held many positions at Council and Club level. Nadine took a break from these positions when she and Luke had their first child Ryan in January 2007, then extended their family in 2011 with the birth of their twin daughters Grace & Isabelle. Nadine hopes one day to become an All Breeds judge and apart from Persians she holds a soft spot for Birmans and Burmese.

In 2015 Nadine acquired a Burmese kitten as a show spay and is extremely happy to be showing again. Marisa is an All Breeds International judge attaining her Group 1 licence in 2008 and then completed her Group 2 & 3 licence in 2013 with QFA. She has judged in all states in Australia, in New Zealand and China

She entered the cat fancy in 1991 breeding Birmans under the prefix Belshogar. For many years she actively showed her Birmans and a Persian neuter with many COY and National awards. While doing her shorthair judges course she decided to show a Burmese Neuter and was totally captured by the breed. She is now passionately breeding and showing Burmese with some very special cats.

Marisa has always been involved in different facets of the cat fancy from show manager and secretary, at a QFA council level held positions of Vice President, Registrar, and Treasurer. She held the position of Treasurer for the Birman Club for many years and honoured with Life Membership.

As a judge Marisa feels it is one of the greatest honours to be able to handle and judge so many cats at all the shows throughout the year. Nick and his wife, Cathy, have been breeding British Shorthair under the ‘Bevington’ prefix since 1994 and have won many Supreme in show and Best Group 3 Adult and Kitten of the Year awards with the Governing Council of the Cat Fancy in Victoria (GCCFV). In 2017, they again collected Group 3 Cat of the Year. In 2009 and 2014, they also achieved Group 3 breeders of the year with GCCFV.

Nick stewarded for GCCFV for many years which sparked his interest in becoming a GCCFV judge. He obtained his Group 2 licence in 1999, his Group 3 licence in 2002 and his Group 1 licence in 2006. He has judged extensively throughout all Australian States and Territories and in New Zealand. He was fortunate to have judged in Malaysia (FiFe) and China (TICA) in 2017.

Nick has held many positions within GCCFV including President and Vice President, steward supervisor, club delegate and show manager. Nick recently relinquished his roles as President and Secretary of the GCCFV Judges’ Panel given the planned permanent move to Brisbane at the end of February 2018. Nick is now on the QFA Inc. Judges Panel.